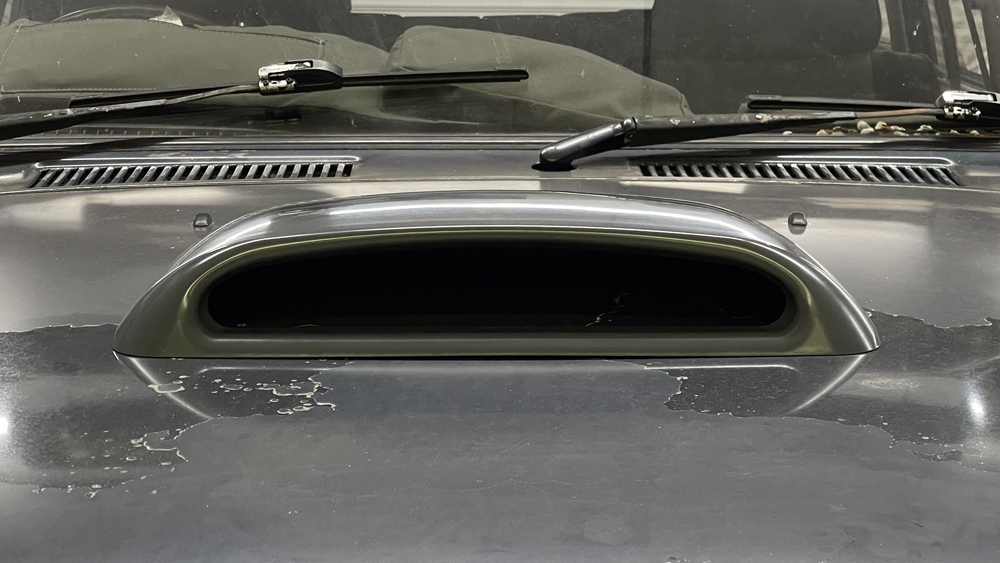 PART ONE: The Hood

Customer's JDM81 with the 1HD-T was getting lots of maintenance and upgrades. One of the items that needed to be addressed was to reduce EGTs by adding an intercooler for the diesel's turbo. It turned put the stock CT26 turbo needed to be replaced anyway and it was upgraded to the GTurbp green wheel Grunter. This absolutely required the intercooler.

The intercooler itself was ordered direct from High Performance Diesel before it got to the shop. This is the unit that arrived:

The only issue at the time was he thpught he ordered a front mount but since it was months out to get it exchanged we decided to roll with the one we had. The IC came with a downdraft fan which was a nice touch when you are doing slow crawling. Did some quick test fitting to make sure we had the correct unit. So far so good. 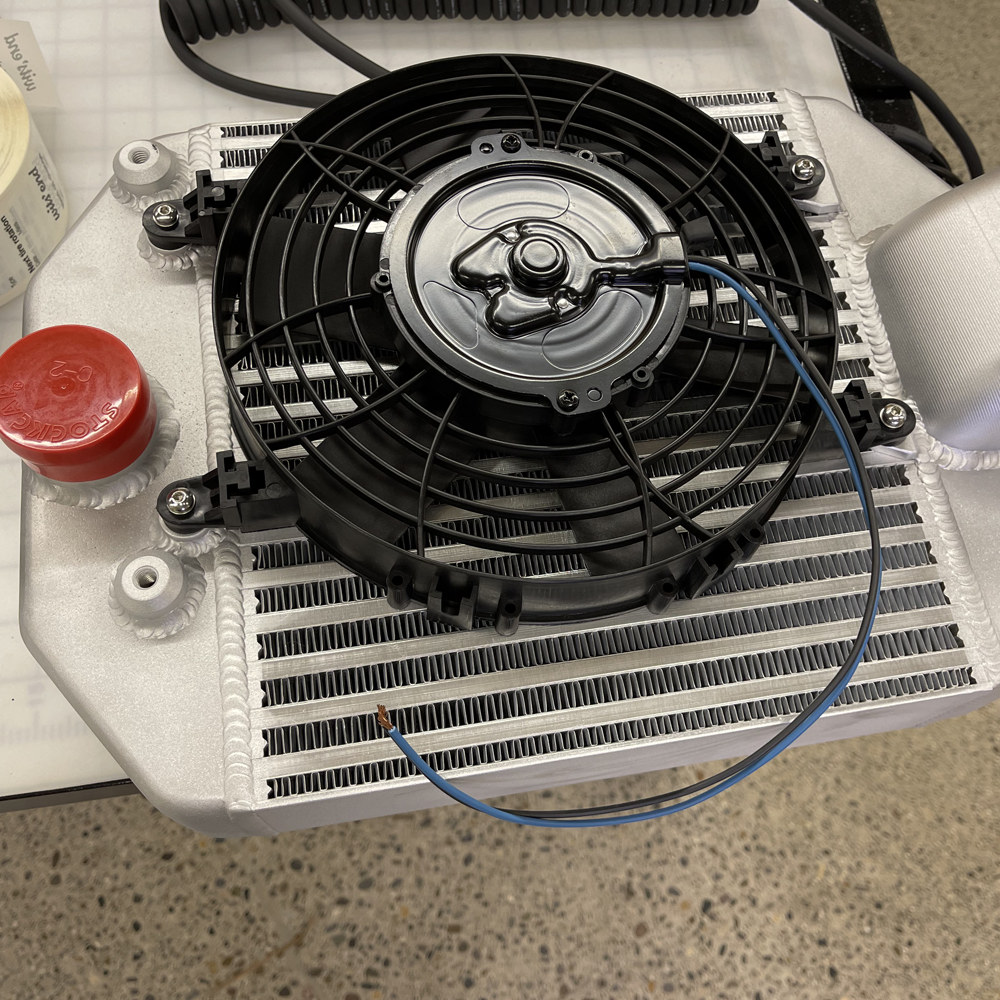 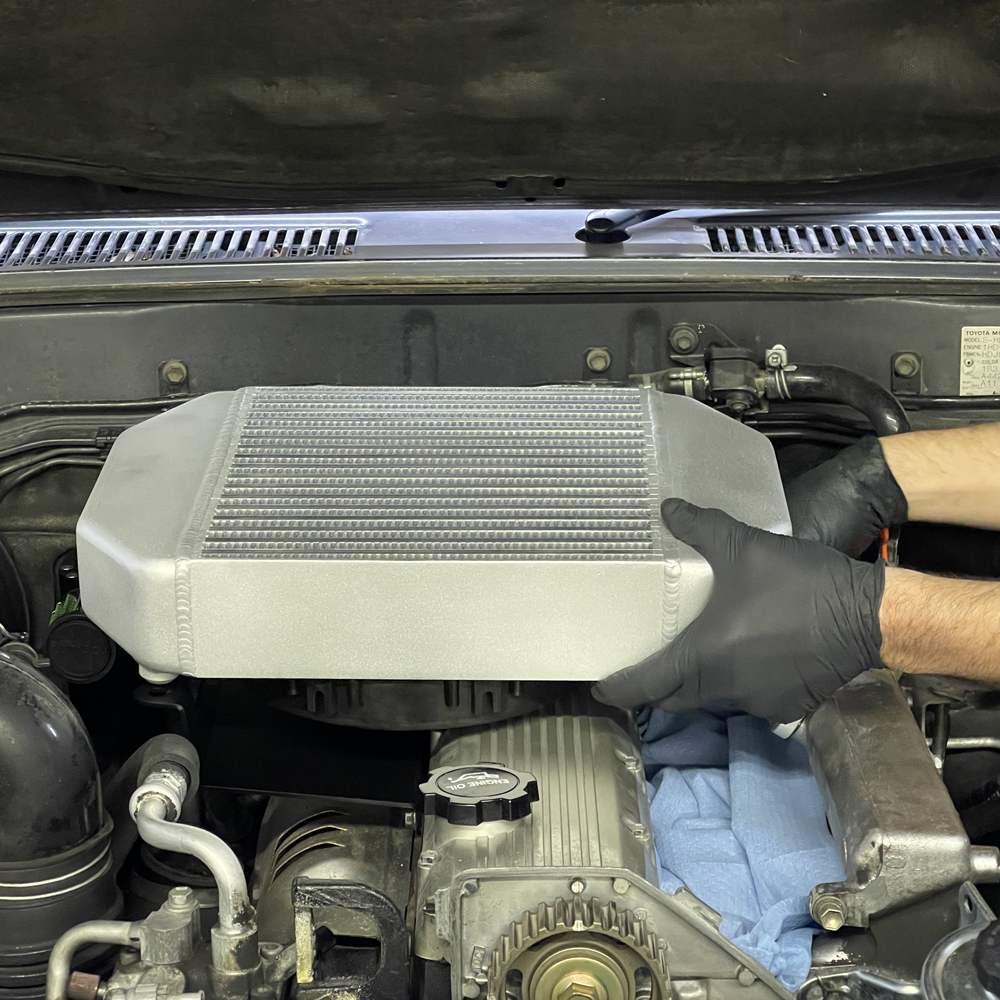 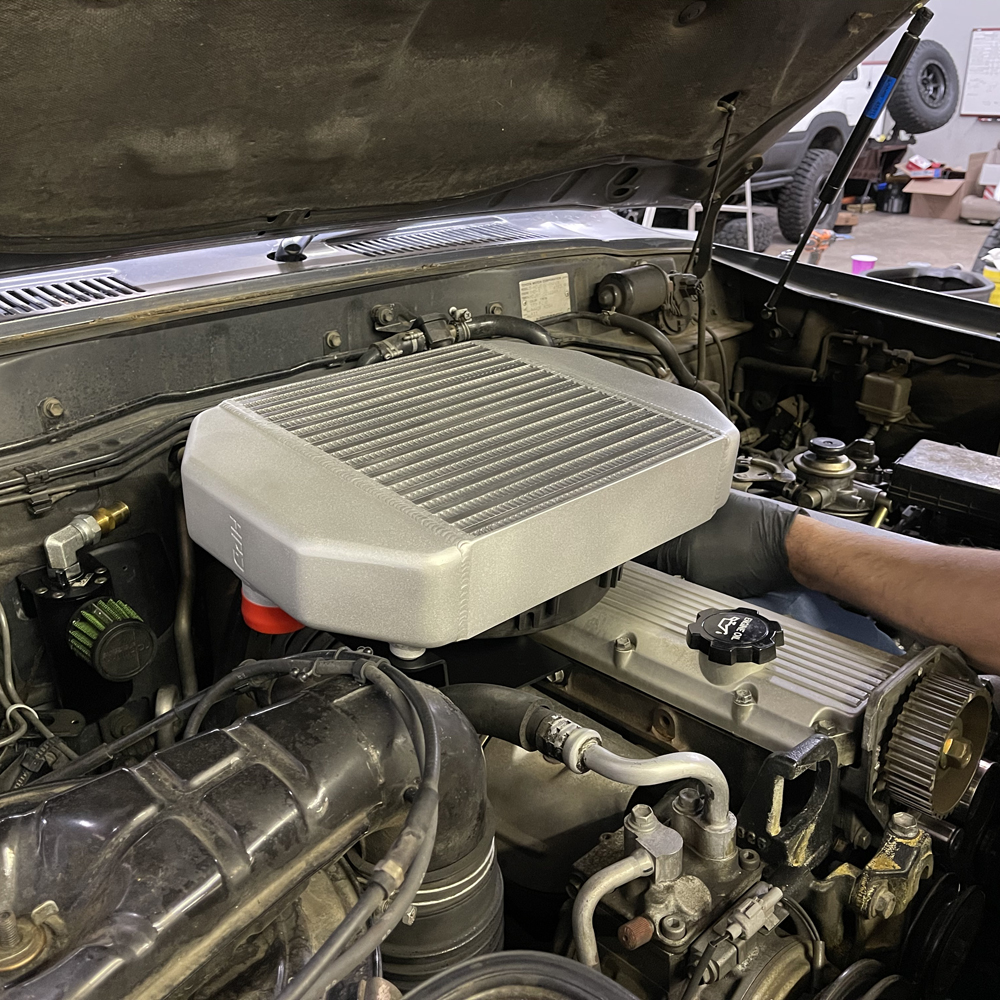 The next step was to remove to the hood and start removing the area on the hood liner where it could contact the intercooler. This was done by simply marking around the intercooler with masking tape and then verifying the marks with simple measurements. The cutout was done just using a razor. 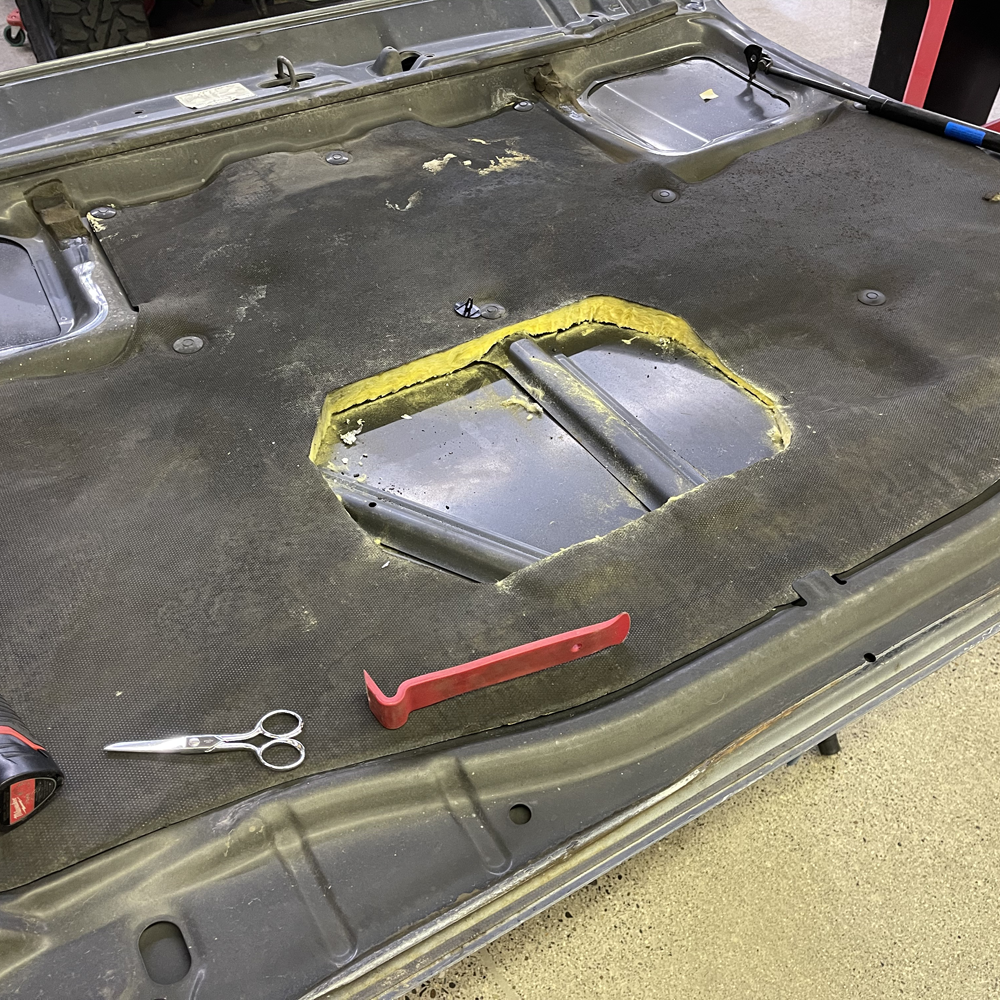 The first attempt with the hood liner cutout was to paint the yellow fibers with a black fabric paint and to have the hood area cimply cut out. Turns out this wasn't enough access. 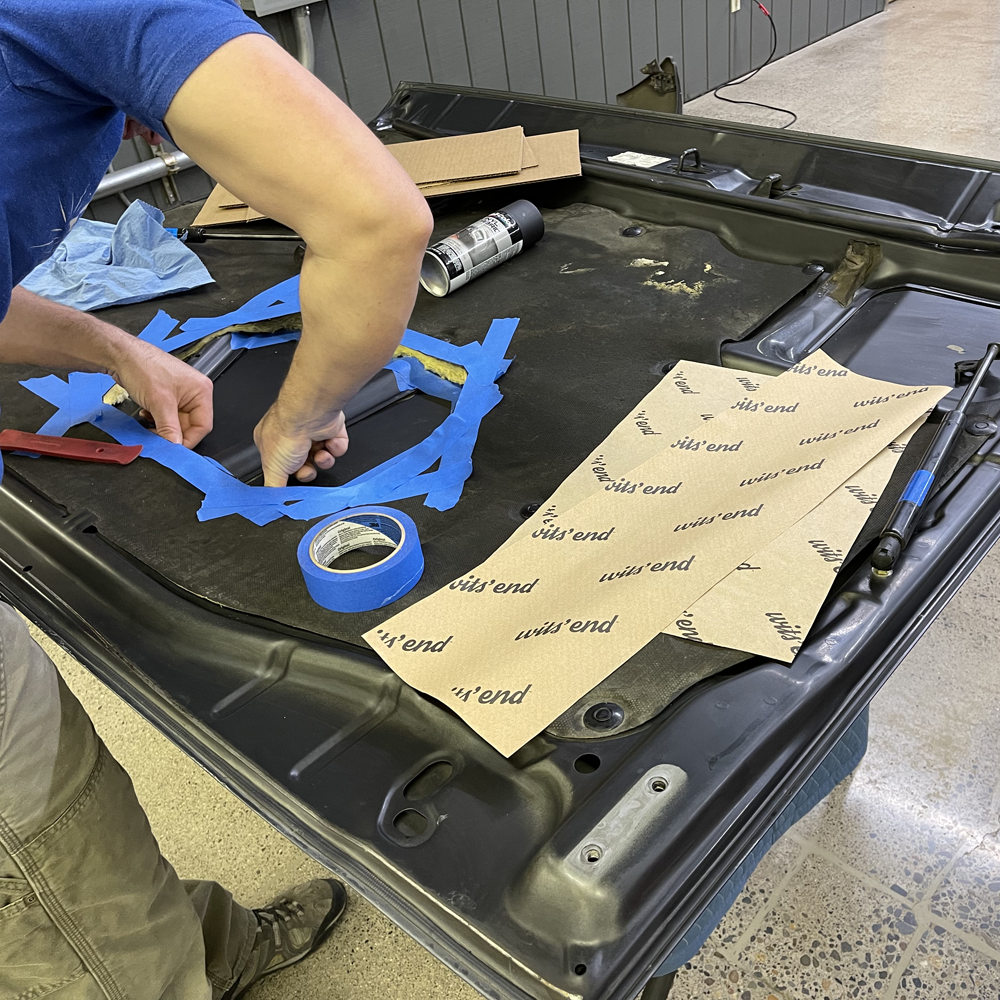 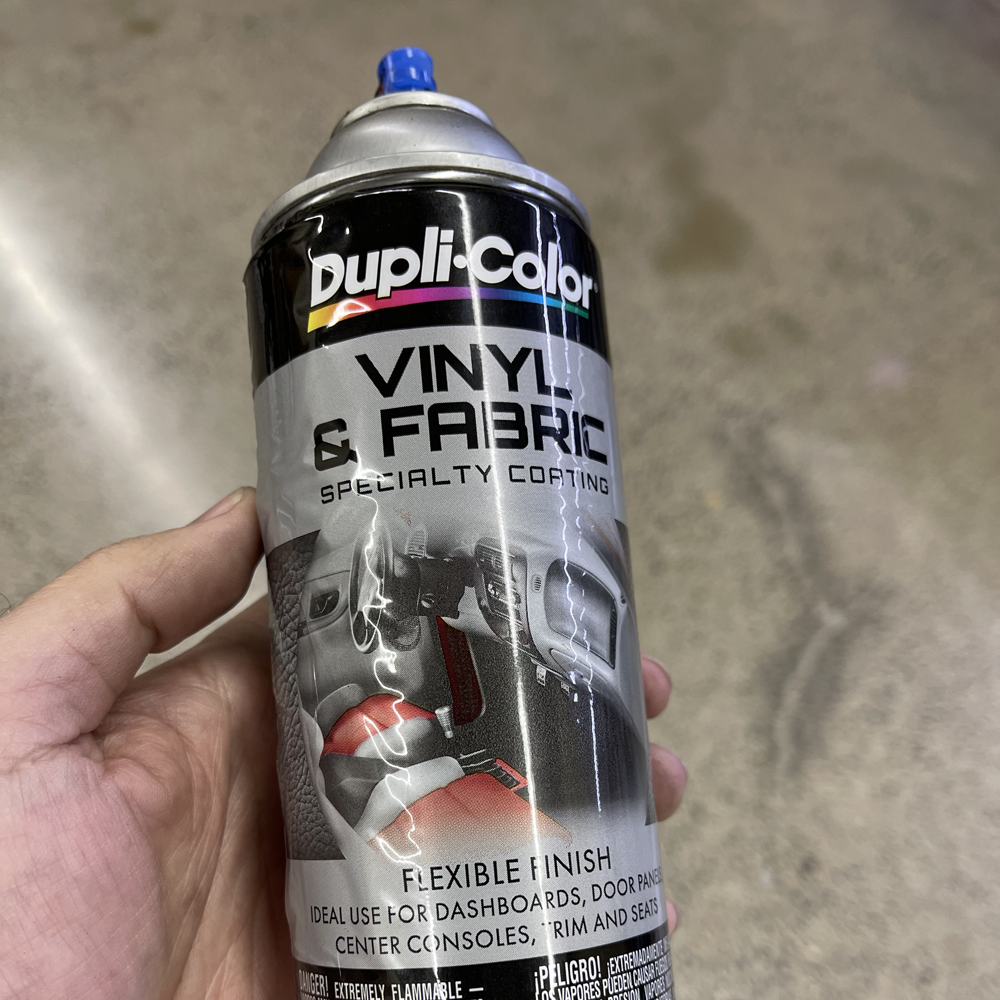 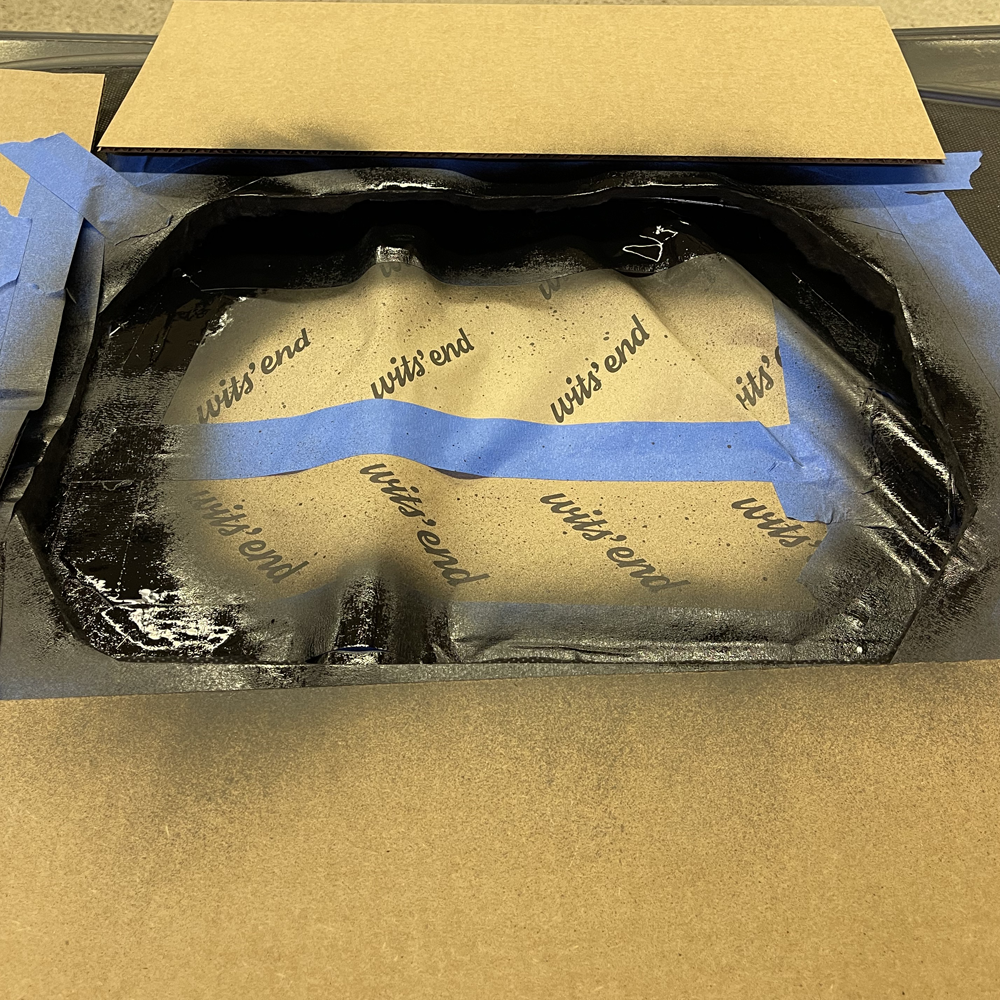 The hood liner needed to come off in order to properly cut the hood panel and the frame sections. The problem is the diesel hood liners are obsolete and unobtanium from Toyota. The US spec liners are much thinner, less noise to abate. Removing the liner meant removing the hood clips but using the typical tool means damaging the hood liner at every clip location. This was instead done by using a dremel and cut off wheel to remove the center portion of the clips so that the liner clip will just fall out. 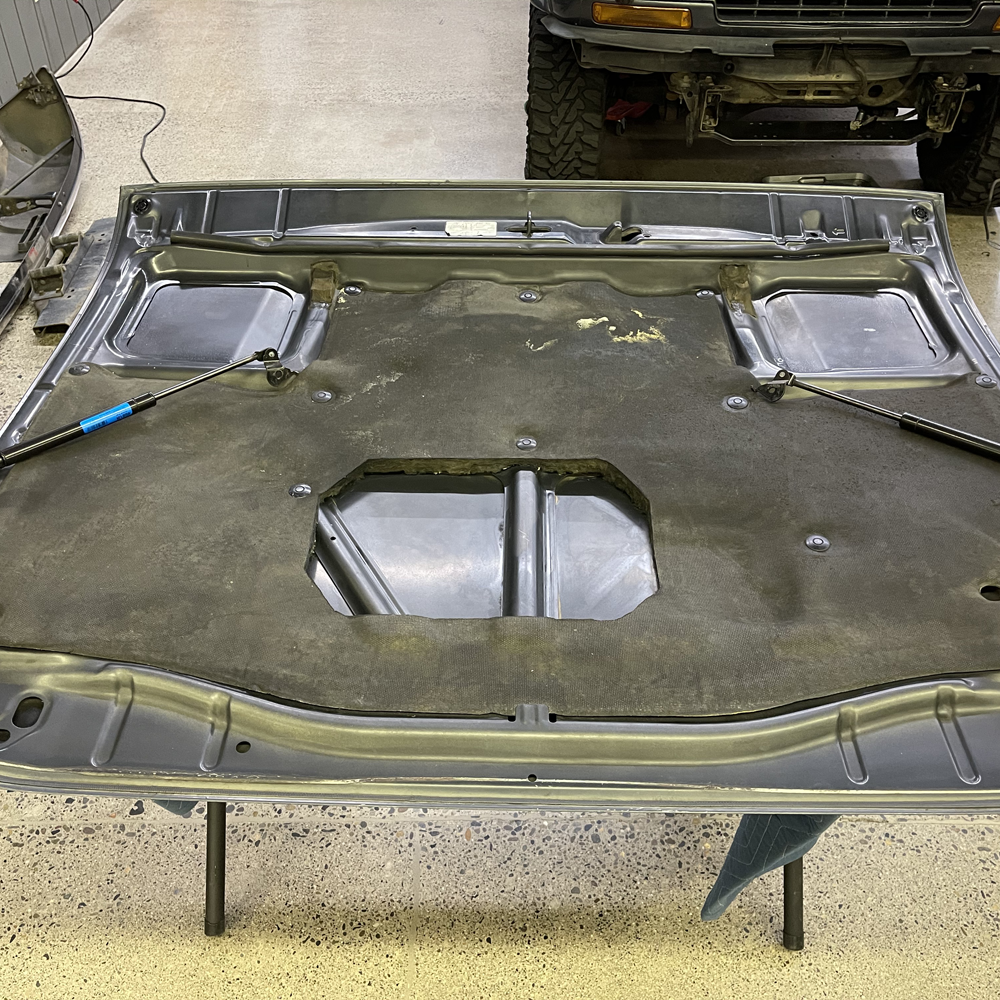 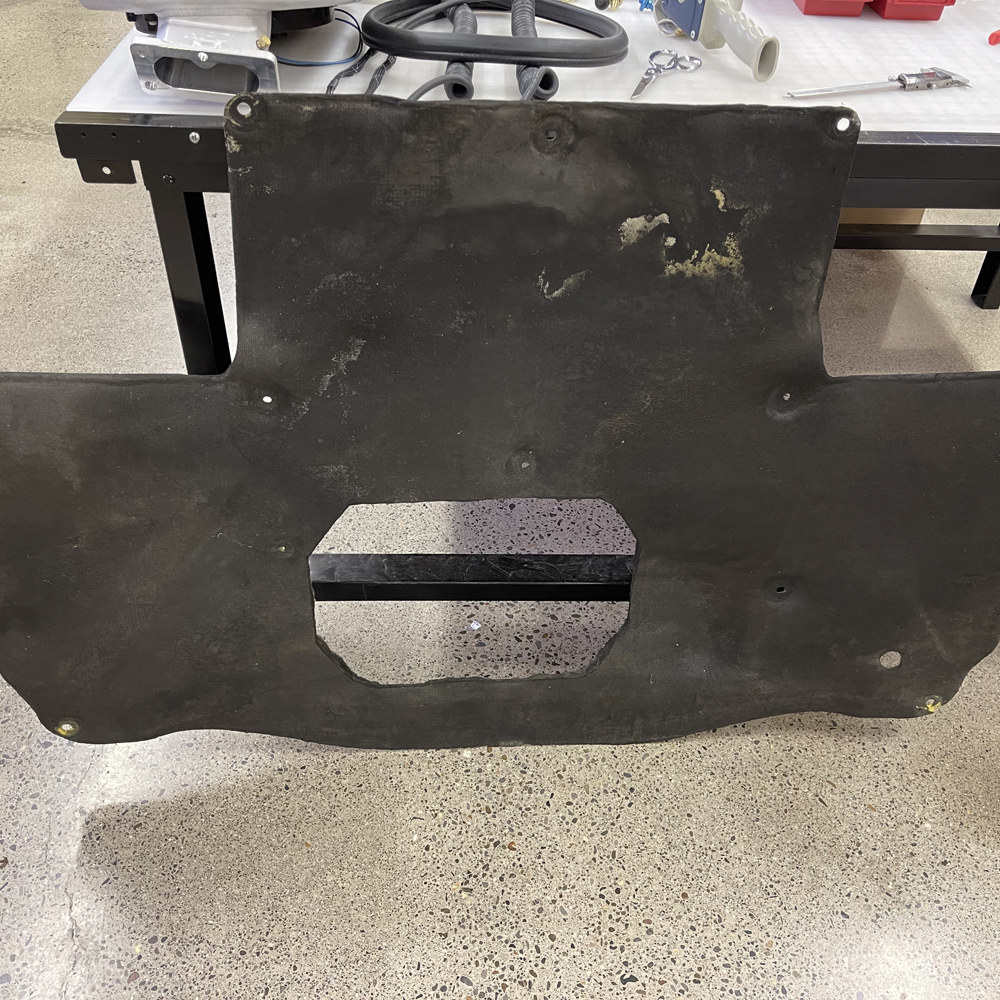 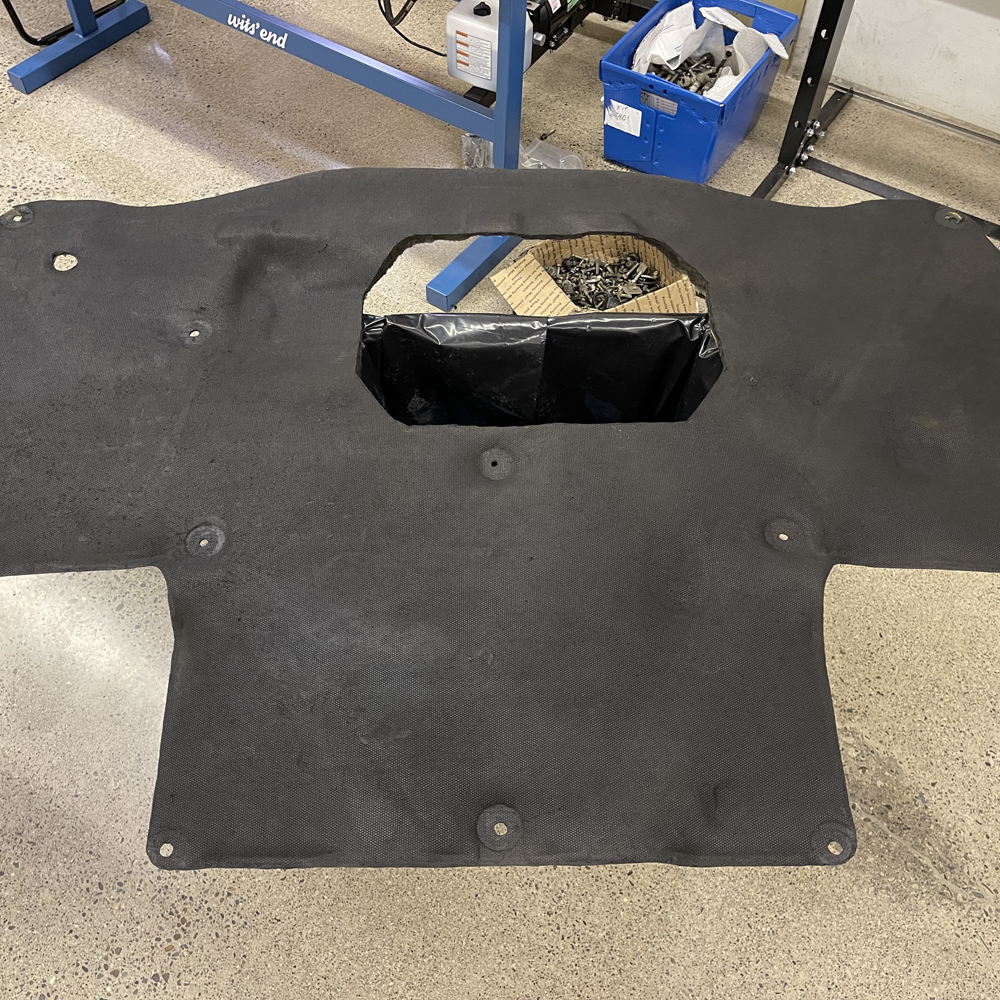 Now there is access to be able to start making cuts to the hood frame to accommodate the intercooler with about 1/2" space for the weatherseal. 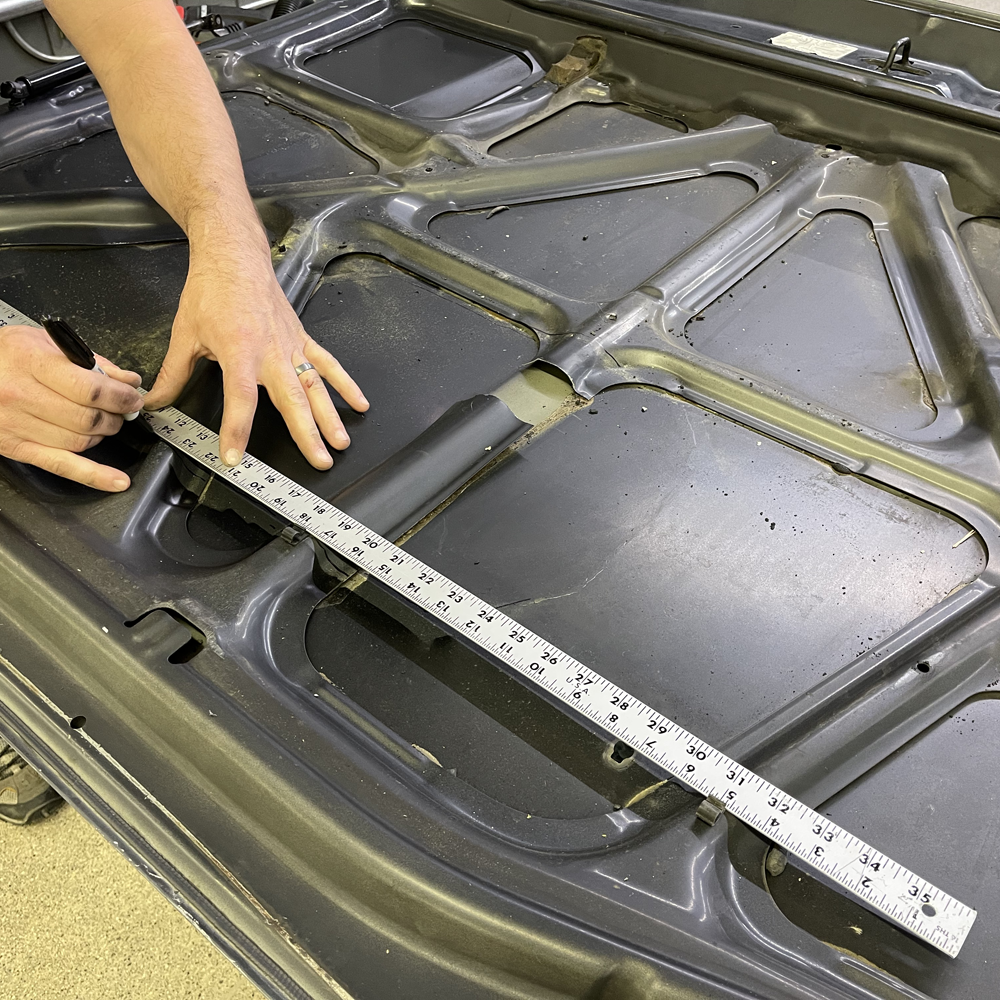 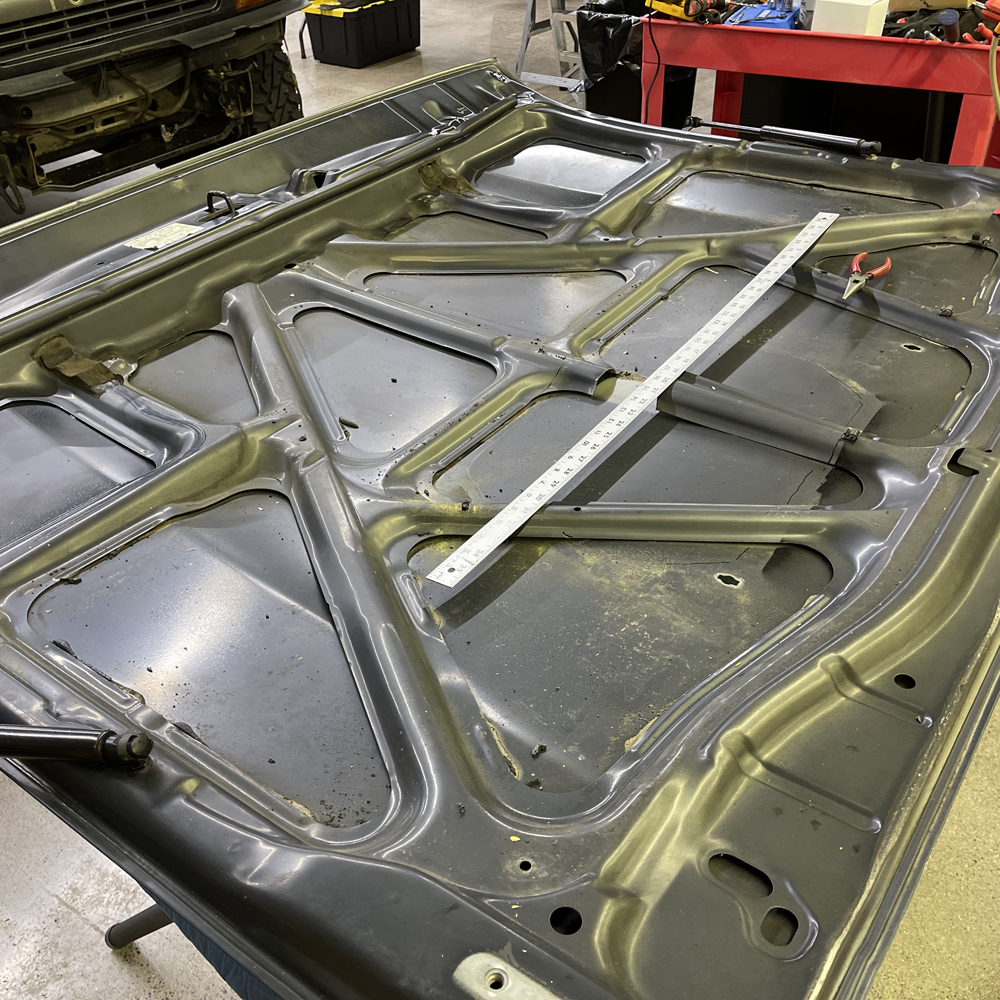 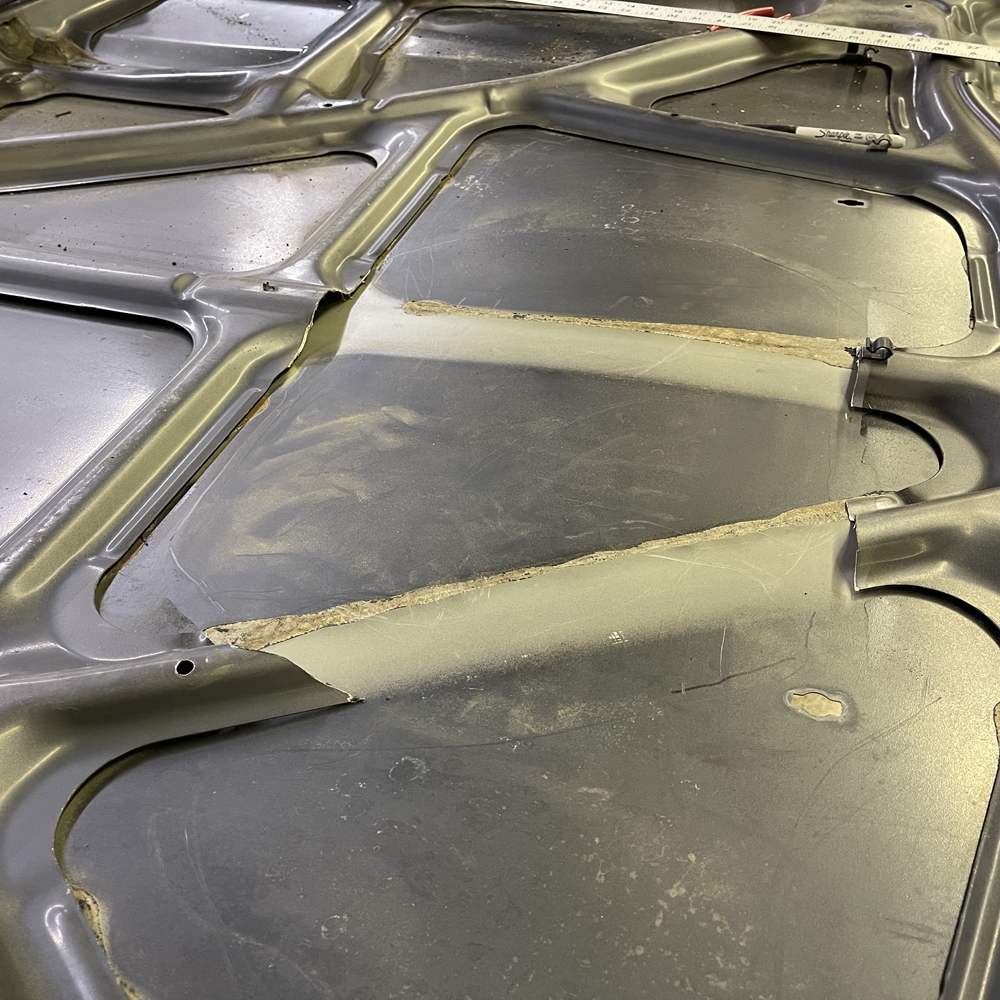 Now with the hood frame bracings out of the way there was plenty of room to mask off and do more measurements before doing the final cutout for the hood itself. Measure twice and cut once kind of thing. You know ;) 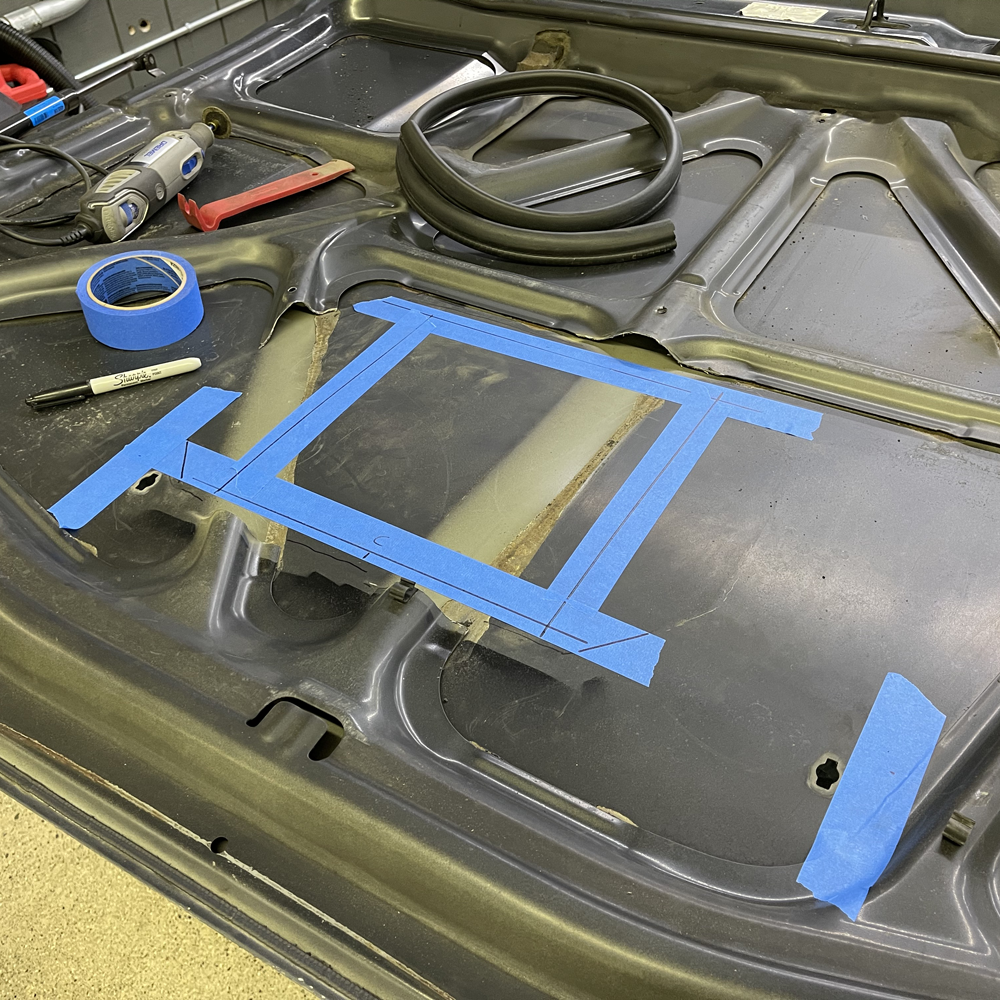 With the hole cut out it was time to use the supplied template so that the 20 holes coule be drilled that are used to secure the hood scoop. The only thing that kind of sucked was the template was not 100% accurate. Good thing it was noticed before the final drilling was done. Grrrrr. 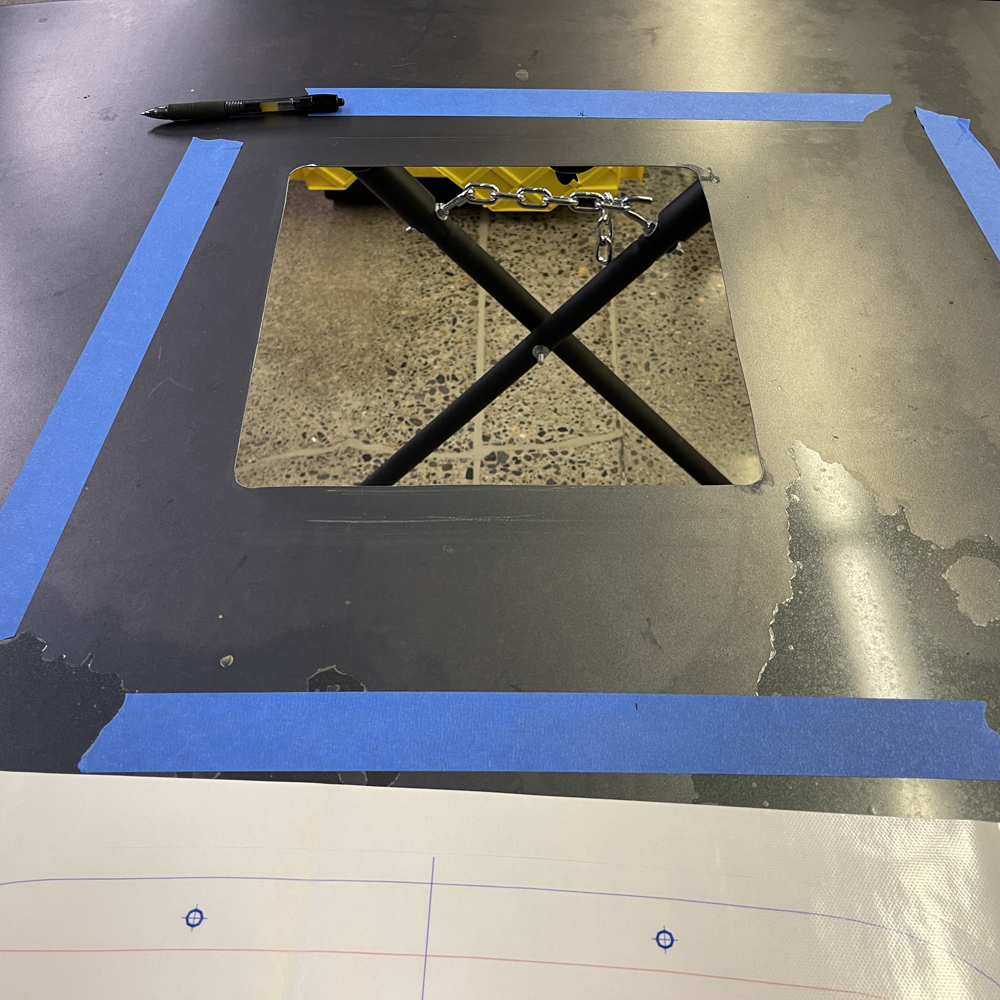 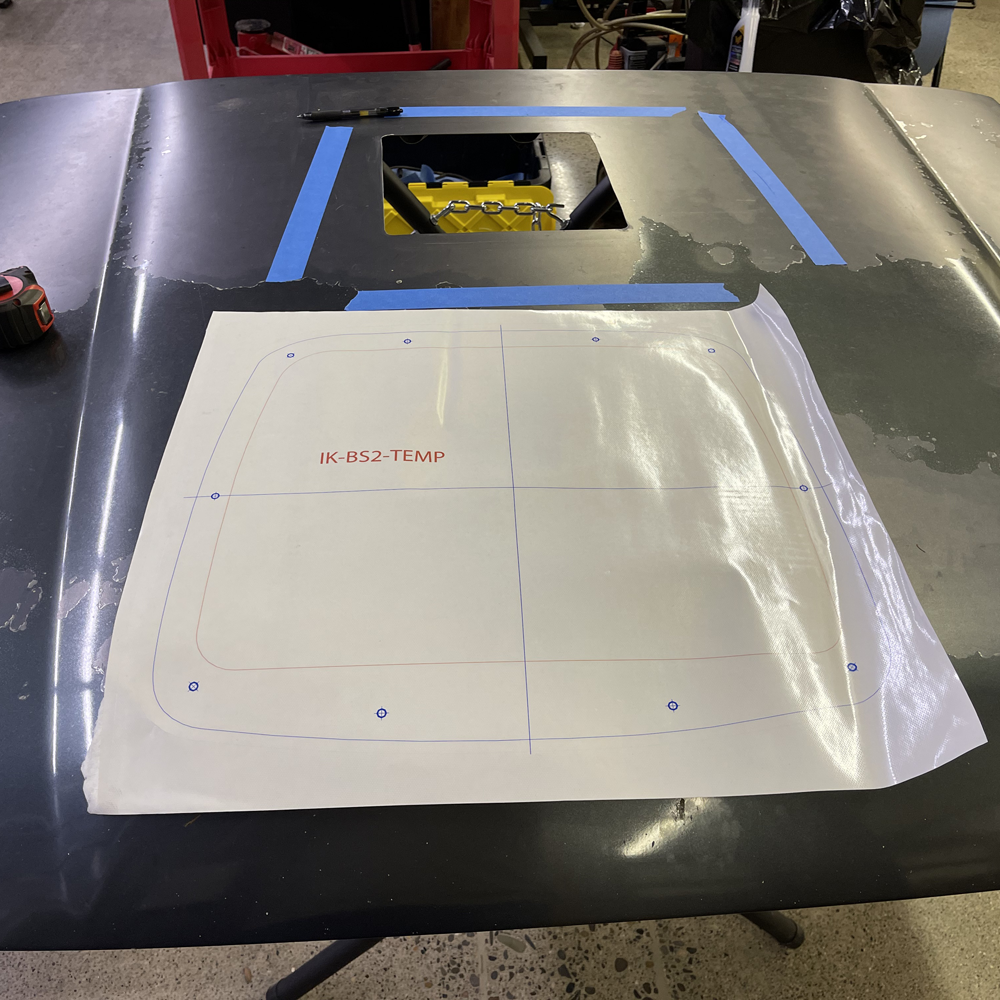 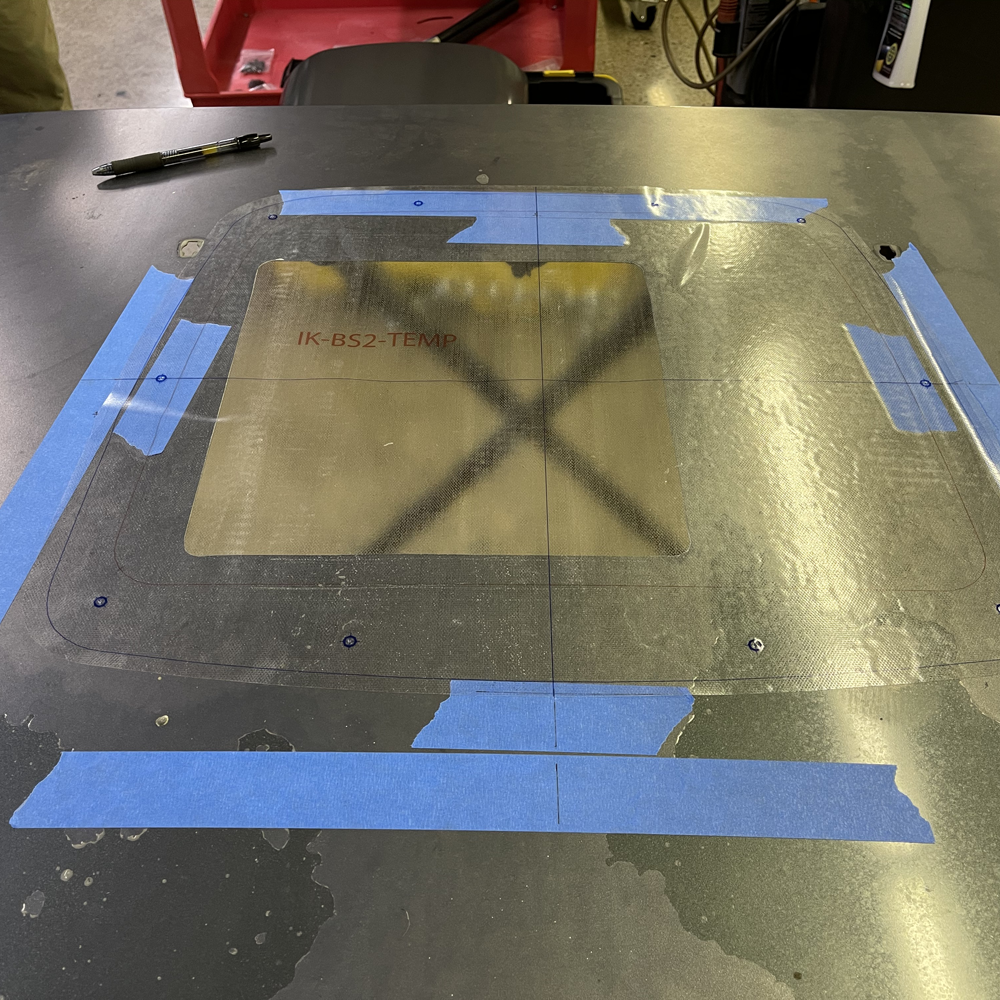