Here's the deal, as many of our 80 Series Land Cruisers increase the age and road time, things start, well...breaking down. Its inevitable. But some things breaking down can be more annoying than catastrophic. That brings us to the gear driven power steering pump found on the 1FZ Land Cruisers. When manufacturing the cast iron casing for the pump, Toyota engineers added in a type of expansion plug. This plug is made from cast aluminum and is held in place by an o-ring and a 1deg taper on the plug. Well it takes 20 years of heat cycling, and pressure, for this plug to disappear in the middle of nowhere.

Once this plug pops out, all of the power steering fluid from the reservoir and the pump WILL all leak out. This basically results in "armstrong" steering. On the 80 Series this really sucks, but the truck is still driveable.

There are simple trail fixes, you can:
• whittle a stick to about 1/2" and about 2" long and just pound it in the hole
• apply JB Weld and let it seal up
• say screw it and build up your arm strength

Or you can have a plan A, which brings up this little gizmo. This can only be used in an "emergency" (word used loosely) situation once the OEM plug has already fell out. But once it has this plug just needs to be pushed into place, just until the o-ring catches. Then the lanyard is run around the large 5/8" power steering hose and the screw tightened to not only save the trip, plug the hole, but also make sure the plug isn't lost again due to the lanyard. So besides some leaking, why bother with this? Losing the plug guarantees you needing to replace the pump. This buys you plenty of time. ;) 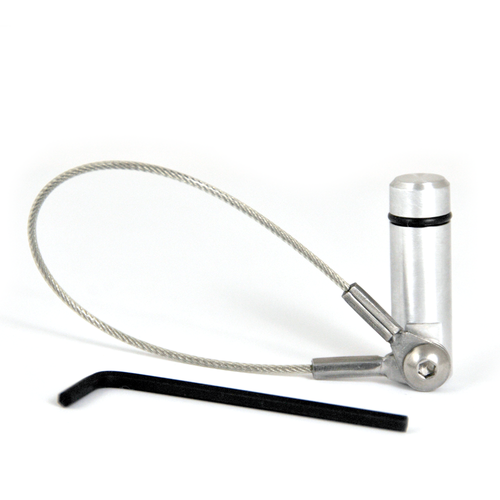