This is an often overlooked part of the maintenance on the 2UZ, the complete maintenance kit for the 2UZ oil cooler. Includes the o-ring, hoses, clamps and threaded valve assembly. When initially building this kit the valve wasn't going to be part of it. But oddly enough I got two separate requests from customers to replace the threaded valve assembly where the oil filter goes. Turns out that random oil change lube shops are eating up filter threads. Noe its part of the kit. 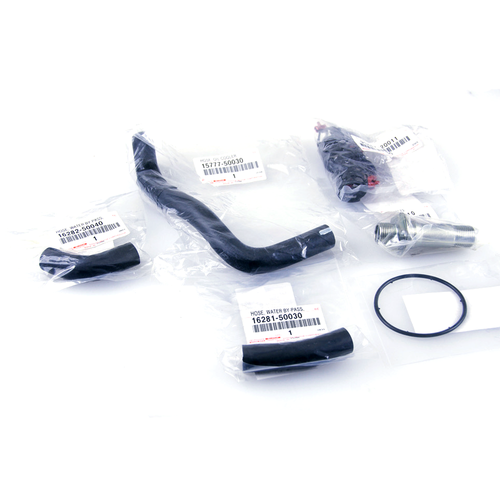